An oil-based aromatherapy spray that is popular with some aromatherapy enthusiasts has been linked to the deaths of two people.

ATLANTA, GA — A 5-year-old kid in Georgia and a 53-year-old lady in Kansas died from a rare tropical illness — generally seen in South Asia — that was related to an imported aromatherapy spray product marketed at Walmart shops.

That's according to fresh information published Thursday in the New England Journal of Medicine, which documented four instances of melioidosis in Georgia, Kansas, Minnesota and Texas, that were related to bottles of room sprays from Better Homes and Gardens. The bottles were advertised as a "highly fragranced essential oil and semi-precious stone infused room spray" with a "lavender and chamomile" aroma.

And now, the authors advise health care practitioners should more carefully evaluate melioidosis in individuals presenting comparable symptoms, even if they haven't gone to locations where the illness is prevalent. 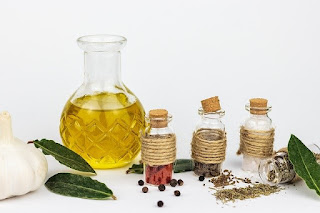 As Patch previously reported, Walmart recalled around 3,900 bottles of "Better Homes and Gardens Essential Oil Infused Aromatherapy Room Spray with Gemstones." The aromatherapy room spray was available at 55 Walmart locations and online from February 2021 to October 2021 for roughly $4.

One container of the essential oil sprays was discovered to have Burkholderia pseudomallei, a harmful bacterium that dwells in soil and water and causes the melioidosis illness when consumed, inhaled or absorbed via the skin.

Most melioidosis cases are reported in Thailand, Malaysia, Singapore and Northern Australia, as well as several other South Asia countries, though there have been cases reported in Puerto Rico, the British and U.S. Virgin Islands, Central and South America, and parts of Africa and the Middle East, according to the federal Centers for Disease Control and Prevention.

But in America, instances are incredibly uncommon. About a dozen are reported to the CDC each year, and the great majority are connected to travel to locations where melioidosis is prevalent. So doctors were confused when two individuals in America died from the bacterium, and none of the four in the cluster of cases — which happened over a period of only a few months — had gone worldwide.

After examining many objects the four patients were exposed to, researchers matched the strain of bacteria to an aromatherapy spray bottle that was purchased from India.

All four individuals were hospitalized early throughout their clinical course, the researchers added.

Initial examinations did not detect a bacterial illness.

In the first instance, a 53-year-old lady went to an emergency department March 13 in Kansas. The lady grew unwell with shortness of breath, cough, malaise and weakness. She also had a long record of medical concerns, such as chronic obstructive pulmonary disease, or COPD, cirrhosis owing to hepatitis C, coronary artery disease, hypothyroidism, psoriatic arthritis and drug and alcohol misuse.

She was given antibiotics for pneumonia and a urinary tract infection, the researchers added, as steroids for the COPD. But her health worsened to the point that she was transported to an intensive care unit on day four and given a larger mix of antibiotics. Two days later, she got septic shock and had to be put on a ventilator. She died on her ninth day in the hospital. A post-death examination was not undertaken, the researchers noted.

She saw a doctor May 31 after three days with a fever, reduced energy, lack of appetite and a day of vomiting.

The girl had no substantial medical history and hadn't gone abroad of the nation. After an uneventful checkup, she was diagnosed with viral gastroenteritis.

Two days later, she was transported to an urgent care center because the fever lingered, now at 103 degrees. She was diagnosed with a urinary tract infection following a test of her urine, and was sent home with a penicillin-type antibiotic used to treat bacterial infections.

The girl's health initially improved, but she returned to the emergency hospital two days later with intermittent fevers, vomiting and growing lethargy. She had a temperature of about 101 degrees and was tachycardic and tachypneic, meaning her heart was beating unusually fast and her breathing was atypically quick. Additionally, her white-cell count was 16,000 per cubic millimeter, lower than the 17,7000 she had only two days ago.

The youngster tested positive for human rhinovirus and enterovirus, and she was put into a children's ICU. She was diagnosed with septic shock and meningoencephalitis, or significant inflammation of the brain and membranes that protect the brain and spinal cord.

She got ceftriaxone, an anti-bacterial medicine, and had to be intubated owing to dropping blood-oxygen levels. She was also given anti-inflammatory medicines. But her respiratory and brain problems continued to worsen while in the ICU, and she had to undergo wider antibiotics. She was subsequently diagnosed with melioidosis when a blood culture developed the bacterium, which was first mistaken. She got medication treatments for eight weeks, followed by months of eradication therapy.

"Three months after release, the patient remained wheelchair-bound and nonverbal," the researchers noted

Also in late May, a 53-year-old man was transported to a Minnesota emergency hospital after family members noticed him weak and in an altered mental condition.

The individual had a history of medical concerns, including a reliance on alcohol and cigarettes. He, too, hadn't visited worldwide.

An MRI of his brain indicated his condition was compatible with Wernicke's encephalopathy. The neurological condition is generally marked by disorientation, an inability to coordinate voluntary movement and visual anomalies. He was brought to a hospital for treatment of acute metabolic encephalopathy. The individual reported hip discomfort while in the hospital, and new MRI pictures indicated some degenerative alterations.

After six days in the hospital, he was transferred to a transitional care facility.

But on June 6, only eight days after his original emergency department visit, the guy was brought back to the ER with a 104-degree fever and worsening mental condition. His oxygen saturation has plummeted to 90 percent.

He was given medicine after chest scans indicated symptoms of pneumonia. Those medicines were eventually replaced to However, meropenem was later moved to antibiotics when he developed a fresh rash. The man's temperature dropped, and he was weaned off oxygen.

On day six, the fever returned and the discomfort in his right hip intensified. An MRI indicated acute inflammation, including myositis — an uncommon illness characterized by inflamed muscles that may cause muscular tiredness and weakness — a potentially septic hip and inflammation in his right pelvic bone.

As in prior instances, blood cultures originally misdiagnosed the bacterium. The Burkholderia pseudomallei was subsequently discovered on blood cultures and from a sample of his right hip joint. The patient was released to a transitional care facility June 23. He finished eight weeks of intravenous medicines and was given a regimen for eradication treatment. But even after discharge, he remained disoriented, researchers found, and showed symptoms of osteonecrosis of the diseased hip joint. In the condition, a shortage of blood causes the bone to break down quicker than the body can repair new bone. The bone begins to die and may break down.

In Georgia, a 5-year-old kid was admitted to the emergency hospital July 12 after three days of weakness, fever, tongue swelling, sore throat, nausea and vomiting.

Similar to the girl in Texas, he did not have a history of serious medical concerns. And like the other three instances, he hadn't visited outside the nation.

The youngster had a temperature of around 102 degrees and also had an an abnormally fast heart rate, as well as intermittent episodes of atypically rapid breathing. He also exhibited an increased white-cell count. Tests indicated he was positive for severe acute respiratory syndrome coronavirus 2, more generally known as the coronavirus. The virus causes the COVID-19 illness.

The youngster was brought to the hospital for monitoring and rehydration. But his oxygen saturation levels decreased overnight, and he was transported to an ICU owing to worries of impending respiratory failure. After chest radiographs subsequently indicated opacities and fluid in his lungs, the kid was given remdesivir and dexamethasone, standard therapies for COVID-19. He as also given anti-inflammatory and anti-bacterial medications, and subsequently an antibiotic used to treat some severe bacterial infections.

But the boy's fever lingered and his breathing continued to worsen. On the third day in the hospital, his right arm went weak. A day later, his pupils were dilated and nonreactive. A CT scan indicated a massive brain infarct. Also termed ischemic stroke, the infarction develops when there's disturbed blood flow to the brain, which may cause sections of the brain to die off.

The boy's heart and lungs rapidly worsened despite attempts to revive him. He was left in a vegetative condition and died on his fourth day in the hospital.

Tests done during his autopsy indicated the germs Burkholderia pseudomallei in his lungs, liver, spleen and brain, as well as COVID-19 in his lungs.

Furthermore, the patients in Kansas, Texas and Georgia all got glucocorticoid medication prior to being identified with melioidosis, which might have contributed to the severity of illness, researchers stated.

The Georgia boy's coronavirus infection also likely contributed to the severity of his sickness. In a prior instance, the CDC determined that the coronavirus may have revived a previous deadly coinfection with Covid-19 and melioidosis in which the SARS-CoV-2 infection is suspected to have awakened a latent Burkholderia pseudomallei infection.

In reviewing the four instances, the researchers underlined the hazards linked with exposure to imported items from places where the bacteria is prevalent.

"Health care professionals should evaluate melioidosis in individuals with a compatible condition, even if they do not have a history of travel to melioidosis-endemic locations," the report noted. "In addition, individuals who have acute respiratory or neurologic symptoms who may not show a response to first therapy may be candidates for closer screening for melioidosis."

This article originally appeared on the Across America Patch