Immunotherapy with standard treatment improves survival in patients with head and neck cancer.

Immunotherapy with standard treatment improves survival in patients with head and neck cancer.

A University of Cincinnati clinical study that included an immunotherapy medication to standard of care treatment regimens has showed enhanced survival rates for head and neck cancer patients with intermediate risk factors.

Trisha Wise-Draper, MD, directed the experiment and was the primary author on a report summarizing its results that was just published in Clinical Cancer Research, a publication of the American Association for Cancer Research. 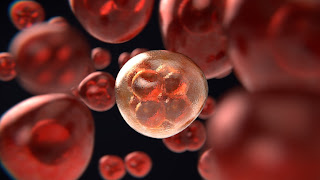 Wise-Draper said the experiment focused on adding a medicine, pembrolizumab, to patients’ regular routine care of therapies. Pembrolizumab, commercialized under the trade name Keytruda, is an antibody used in cancer immunotherapy that treats a range of malignancies, including head and neck. The medicine targets a pair of receptors that generally act to switch off the human immune system after the immune system has accomplished a job of fighting off a foreign material that causes disease.

“Once the virus or infection is cleared, you have to have a way to turn your own immune system off, to tell it that the infection is gone and it’s time to calm down,” explained Wise-Draper, associate professor of medicine in the Division of Hematology/Oncology in UC’s College of Medicine, Head and Neck Center of Excellence co-leader, medical director of the University of Cincinnati Cancer Center Clinical Trials Office and Lab and a UC Health physician.

Tumor cells have learnt to turn the receptors that shut the immune system system off into overdrive, which inhibits immune cells from detecting that tumor cells are foreign things that the body should fight. Pembrolizumab, however, prevents the connection and keeps immune cells active, which in turn leads to the immune cells targeting malignant cells as they are meant to.

The medicine has been developed as a therapy for numerous malignancies, and Wise-Draper said it has showed early success as a treatment for head and neck cancers that have spread or returned after initial treatment, with early trials finding efficacy for roughly 20 percent of patients treated.

“And although we’re careful to say cure, it does result in what is called ‘durable responses,’” she said, explaining that means patients have a good response to treatment much longer than expected, sometimes for years, “which was a huge advancement over chemotherapy where they may have only been effective for say nine to 10 months at most,” Wise-Draper said.

With the early findings appearing encouraging, the UC clinical study was hoping to establish whether the medicine would function as an initial therapy that would prevent the disease from reoccurring. Patients with head and neck cancer — that are treated with the normal surgery, radiation and maybe chemotherapy if risk factors merit it — often see the malignancies return approximately 30 percent -50 percent of the time, Wise-Draper said.

“So instead of waiting for them to come back, may we attempt to prevent them from coming back? If the cancer came back, they were significantly tougher to treat the second time and had a lot of failure in that group,” she added. “So we asked if we could add this immunotherapy, the pembrolizumab, and lower that likelihood of cancer coming back.”

Wise-Draper said the experiment was also aimed to explore why some individuals react to pembrolizumab while others do not. To achieve this purpose, tissue and blood samples were obtained before and after delivering the medicine to examine variables that contributed to individuals responding to the therapy.

Patients included in the experiment were given one dosage of the medicine before surgery and were assessed for risk status and divided into intermediate- and high-risk categories after surgery. A patient is deemed high risk if some of the tumor is still left behind after surgery or is not contained in a lymph node.

All patients continued to receive the appropriate standard of treatment (radiation alone for intermediate risk or radiation plus chemotherapy for high risk), with six extra doses of pembrolizumab being delivered following surgery.

Wise-Draper said the treatment caused tumors to begin to die before surgery in about 50 percent of patients, a greater rate than what was discovered when the medicine was given for metastatic or recurrent head and neck cancer.

“We could tell that a lot of these tumors were dying even after that first dosage of pembrolizumab,” Wise-Draper added. “That was quite amazing, since that was higher than we expected.”

“We found a big increase in that, so we showed that pembrolizumab was certainly boosting their likelihood of survival, at least relative to historical controls,” Wise-Draper said.

In the group of patients where the medicine started to eradicate the tumor prior to surgery, 100 percent reported one-year disease-free life.

“It was a fairly good predictor of people who are likely to perform well on this treatment,” Wise-Draper added. “Hopefully it is going to help us design trials to better identify who is going to react and who is not.”

A good predictor for patients that will likely perform well on the treatment will also assist establish how therapies may be altered for patients who get surgery, pembrolizumab, chemotherapy and radiation and do not react well to the treatment.

“That’s really where the study is heading now is trying to understand what are the biomarkers between the responders versus the nonresponders and how we can build new and better focused therapies,” Wise-Draper said. “We have a few of recognized indicators that will assist us moving ahead, but we’re still conducting a lot of study in that area.”

Harvard University researchers have undertaken a study comparable to UC’s that demonstrated similar effectiveness, and the favorable outcomes of both experiments suggest that a randomized Phase III clinical trial is worth pursuing. Pharmaceutical business Merck is in the midst of conducting a randomized experiment comparing patients who get pembrolizumab in addition to their standard of therapy vs patients who receive the standard of care alone.

“That will be a much bigger trial that will help reveal whether pembrolizumab genuinely aids these groups,” Wise-Draper said of the Merck study.

Study at UC into pembrolizumab as a head and neck cancer therapy is underway, with a new stage of research being aimed to discover how therapies might be better customized to each patient. Tumor traits and biomarkers that may help predict whether a patient would react to a given therapy can be examined before surgery, with more precise treatment regimens perhaps leading to better outcomes.

“It’s been incredibly wonderful to have people perform well on this trial and seeing their survival rise knowing what the previous rates were, as well as just being able to have a successful study in general is quite thrilling,” Wise-Draper said. “A lot of these advancements I didn’t anticipate to happen so rapidly in my career, so it’s really been an exciting journey for all of us. Hopefully there’s more to come.”

If the medicine continues to be safe and effective, Wise-Draper said it would signify a “huge improvement” compared to the current course of therapy that may still lead to a 50 percent recurrence rate. There is also a potential that patients may not require their treatment plan to involve surgery, she added.

“If we have a treatment that is less toxic, maybe we can cut down on the morbidity of surgery and radiation as well as the chemotherapy,” Wise-Draper said.

This article has been reprinted from the following sources. Note: material may have been altered for length and substance. For additional information, please contact the specified source.