What You Should Know Before Starting A Ketogenic Diet

The ketogenic diet is a very low carb, high fat diet. It has been used to treat epilepsy, particularly in children.

Starting a keto diet is not without its difficulties. Prepare to limit carbs, monitor your macros, and suffer the so-called keto flu. You may also need to adjust your attitude toward fat and replace your snack with almonds, peanuts, beef jerky, and other low-carb choices. These modifications may seem difficult at first, but they can be taken one step at a time.

First and foremost, ensure that you understand how the keto diet works. This diet is low in carbs, moderate in protein, and rich in fat. According to the Indian Journal of Medical Research, the standard ketogenic diet comprises roughly 70 percent fat, 10 percent carbs, and 20 percent protein, but certain versions cycle between low- and high-carb days. Under normal settings, your body utilizes glucose, or sugar, for energy. When you limit your carbohydrate consumption, your liver begins to generate ketone bodies, which operate as an additional fuel source. This is when you enter ketosis, a metabolic condition in which your body consumes fat to power itself rather than glucose. 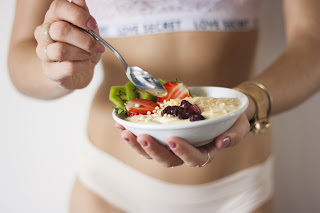 According to Harvard Medical School, most dieters must limit their carbohydrate consumption to 20 to 50 grams per day in order to enter ketosis. However, if you don't have enough carbs to fuel your body, it could break down protein to supply its energy demands, according to the MSD Manuals. As a consequence, taking too much protein can knock you out of ketosis and make fat burning more challenging.

Read Also : Ketogenic diets come in a variety of flavors.

You may need to limit your consumption of fruits and vegetables.

The ketogenic diet may assist with appetite management and weight loss, but it has some downsides. According to Harvard T.H. Chan School of Public Health, there is a possibility of obtaining vitamin deficiencies. As previously said, this diet plan reduces carbohydrates to less than 50 grams per day. Because most fruits, vegetables, and grains are rich in carbs, they are not suited for a keto diet.

According to the Centers for Disease Prevention and Control, health experts advise two cups of fruits and two or three cups of veggies every day. Failure to follow these instructions can result in vitamin and mineral deficits. While on the keto diet, you may still eat some fruits and vegetables, but your options are limited. Everyday Health recommends starting with avocados, berries, rhubarb, star fruit, lemons, cherry tomatoes, and other low-carb fruits.

Spinach, cabbage, cauliflower, green beans, watercress, broccoli, and arugula are the finest vegetables to consume. Carbohydrates are also low in bok choy, celery, zucchini, radishes, and kale. Other vegetables, such as maize, onion, and beans, should be consumed in moderation. It's OK to have potatoes and other root vegetables on occasion, but you may need to minimize carbs in other meals to remain in ketosis.

It's conceivable that you'll feel worse before you feel better.

If you're new to the keto diet, you may endure flu-like symptoms for a few days. According to clinical studies published in the journal Frontiers in Nutrition, weariness, brain fog, nausea, stomach discomfort, body aches, mood disorders, and insomnia are all widespread. The so-called keto flu may induce a runny nose, headaches, depression, coughing, chills, fever, or joint stiffness in rare instances. These feelings are perfectly natural and should fade gone in two weeks.

Some claim that bone broth, electrolytes, pickle juice, and high-fat products like medium-chain triglyceride (MCT) oil may aid with keto-flu management, however there is little research to back up these statements. To avoid dehydration, which is a common cause of fatigue, dizziness, and bodily discomfort, Harvard Medical School advocates drinking plenty of water.

If you're still feeling poorly, cut your carbohydrate consumption gradually so your body can acclimatize to the modifications more quickly. "Slowly lower your carbohydrate consumption while gradually increasing your fat intake, gradually transitioning from a high-carb to a low-carb diet," registered dietitian nutritionist Amy Gorin told Women's Health. She also recommended eating high-fiber vegetables such as cabbage and broccoli to minimize constipation, which is a potential side effect of the keto diet.

Going keto could have an influence on your workouts.

Carbohydrates are your body's major source of fuel, and they play a crucial function in muscle building and repair. As a consequence, it's usual to experience a reduction in physical performance when you change to a low-carb diet. A 2017 study published in Nutrition and Metabolism, for example, revealed that ketogenic diets may alter endurance, peak power, and energy levels during exercise. These bad consequences are unlikely to harm the common gym-goer, but they may present concerns for competitive athletes.

"Endurance athletes (marathoners or triathletes) may benefit from ketosis," Cleveland Clinic nutritionist Ariana Fiorita stated. Unfortunately, rugby players, bodybuilders, and other athletes who rely on strength and power are not included, she added. Going keto may possibly have an influence on muscle building and high-intensity exercise performance (per Nutrients) (per Nutrients). On the bright side, depending on your metabolism, calorie intake, and other factors, you may be thinner in as little as three to twelve weeks.

Overall, establishing a keto diet needs some thinking and perseverance. You must grasp what meals to eat and avoid, how to evaluate macronutrients, and how to resist cravings, among other things. Furthermore, there is a potential of regaining the weight when you resume normal eating habits. Nordic diets, DASH diets, and Mediterranean-style diets are less stringent and more sustainable in the long run, so give them a try.